When heavy snow meets fierce winds, sometimes even the best-engineered buildings can collapse. Whether you store farming machinery or livestock in your outbuildings, a roof collapse is sure to cause some extensive damage. It’s important to calculate your roof load and obtain adequate insurance for this type of situation.

Snow load is the downward force on a building’s roof by the weight of accumulated snow and ice. If the snow load exceeds the weight the building was designed to withstand and/or if the building was poorly constructed, the roof or the entire structure can fail.

It doesn’t take a blizzard to wreak havoc on your outbuildings. An imbalance of drifting snow can cause one part of a roof to give, resulting in a domino effect.

Understanding the Weight of Snow

Use this easy formula to calculate the roof load of your structure:

It’s important for you to know the roof weight limits of your barns and outbuildings heading into winter. If necessary, you may consider rebuilding or fortifying them to withstand worst-case scenario snow loads and meet local building standards.

Some roof failures can be prevented with cautious snow removal. Consider hiring a professional snow removal contractor to tackle the job. The combination of heights and ice makes this a more dangerous maintenance task.

If you feel confident in working from the height of your outbuilding, we urge you to take the following precautions before getting to work.

Talk with your agent today about adding Special Perils coverage to your farm outbuildings so you are protected from damages caused by the weight of ice and snow:

The decision to open another business location can be tempting, especially if business is booming and everything is going according to plan. However, it is not one to take lightly and there are a variety of factors to consider before deciding to follow through with it. 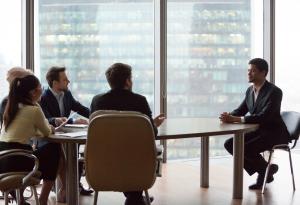 Today’s workforce is evolving right before our eyes – baby boomers continue to retire and younger generations are starting to fill the gaps.