5 Reasons You May Have Low Water Pressure

One of the indications that could lead you to thinking you may have a clogged pipe is that your water will start at normal pressure and then suddenly drop much lower than expected. A clogged pipe indicates that there may be debris or rust that has begun to clog the pipe over time, making it difficult for the water to pass through.

The first step to determining if this is your issue is to check what kind of pipes you have first. Copper and plastic pipes have become more useful over time, however, many homes still have galvanized pipe systems which is often the main culprit behind clogged pipes.

If you suspect your house may have clogged pipes it is highly suggested that you call a licensed plumber to fix it. Attempting to try to do it yourself could end up causing more damage and could potentially create bigger issues.

Faulty fixtures could also be a reason your water pressure seems low. Over time things wear down and are not as “like new” as they once were. Some homes have had the same fixtures for years and debris could get stuck in them over time, obstructing the water from flowing through freely.

You should go through and test each fixture on its own. In most cases a simple cleaning of the fixtures could do just the trick, but if it does not, then replacing the faulty fixtures will be the next best thing.

3. Using Too Many Fixtures at Once

Having too many fixtures running at the same time is one of the most common causes of low water pressure. This is less of a “problem” and more of a habit you just must adjust to.

For example, taking a shower and either having the washing machine running at the same time, someone washing dishes, or using the dishwasher. Running these areas simultaneously can not only make your water colder, but it can cause the water pressure to decrease on both ends. This occurs because the water is trying to be two places at once, so it must split up and be both places. Solving this issue is quite simple - just try to make sure you are only using one fixture at a time. You should see an immediate change in water pressure.

There are two valves that control the water in your home. One valve is typically inside and the other is the meter generally located outside. Sometimes after repairs, or if the water had to be shut off for any reason, a valve could potentially have been left off or closed. In most cases if the outdoor meter is shut off or closed, only professionals have access to turn it back on or open it. Contact them to come and reopen it.

It is highly recommended that you do not try to replace or fix a broken pressure regulator yourself. Instead, if you suspect this may be an issue, you should call your local plumber to either fix or replace the regulator you have.

Low water pressure is more than an annoyance, it is a sign that your plumbing needs some TLC. Left unmaintained, you could experience a burst pipe which has the potential to cause some extensive water damage to your home.

Your local Rockford Mutual Insurance Agent will help make sure your home is protected from unexpected losses: 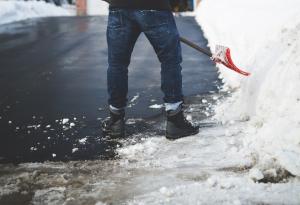 Every year, thousands of people are injured while removing snow from their property. Depending on the tools used, or lack thereof, snow removal can feel like a daunting task. 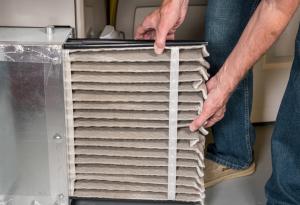 5 Checkpoints for a functioning Furnace

It’s that time of year again – the leaves are falling and the temperature is dropping! If you haven’t already fired up your furnace, chances are you’ll be forced to very soon.