4 Ways to Handle Critters Under Your Porch

Whether you hear them scurrying around or see them three times a day – sharing your home with a critter is simply a nuisance. Without your action, they will make themselves right at home with no intention of leaving!

Raccoons, opossums, woodchucks, skunks and stray cats are usually the prime suspects. Although they are simply looking for shelter, you’d probably prefer it wasn’t under your porch or shed.

If you suspect there may be an animal living under your porch, a few things to look for include:

This is an obvious sign you’ve got problems. When you start seeing an animal coming and going below your porch multiple times a day, chances are they’ve settled in. Many critters are nocturnal, so while you may suspect they are there, you may not spot them as frequently. If you really want to confirm they’re there, you could invest in a motion sensor trail camera – most models can be found for less than $50 online.

This is likely the reason you want to get rid of a critter. Scan the area for gnawed wood, burrow holes and eaten vegetation.

If you don’t already see paw prints around areas with dirt, add a thin layer of sand or flour around your porch at night. In the morning, you should have some solid evidence.

Yes – eeewwww. As nasty as it is, this scat is a telltale sign you’ve got a new neighbor.

How to Make the Animal Leave

Experts say that the trap-and-release method rarely ends well for captured animals. The animal could struggle in the area you’ve chose to release it, or you could be separating a mother from its young.

Instead of setting a trap, try convincing the animal to vacate on its own. You can try using:

Animals often settle into a safe quiet place. By placing a radio under your porch and letting it play for a few days, the animal may vacate to search for a more tranquil home.

Many of the animals that are a nuisance thrive in the dark. Place a strobe light or some flashing Christmas lights near the problem area as a deterrent.

Lots of critters are put off by strong odors. You can try spreading granular repellant around the area or placing a rag soaked in apple cider vinegar in the problem area.

If you’ve given it all you’ve got and can’t seem to make the animal leave on your own, consider contacting a professional pest removal company. They’ll be sure to remove the animal from your property safely and humanely.

Stop the Animal from Returning

After all of the hard work you put in to remove the critter, you want to be sure it’s gone for good.

A good place to start is by sealing off the area. Under decks and porches, you can install a decorative lattice with some mesh behind it. Make sure you bury the bottom so they can’t sneak underneath! For sheds and other buildings, fill in burrow holes with dirt. Finally, spread animal repellent in the area a few times a year.

Damage caused by animals is gradual rather than sudden – such as a lightning strike frying your electrical system. With regular maintenance, the damage caused by an animal should be minimal. For this reason, it is not covered by your homeowners insurance.

Your local RMIC Agent can help you understand what your Homeowners Policy does and doesn’t cover, find one in your neighborhood today: 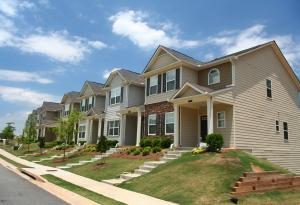 Pros and Cons of Condo Living

Looking for a home can start to feel exhausting over time. With so many things to consider, it’s understandable to feel somewhat overwhelmed at times. As you navigate through this endless list of possibilities, make sure you don’t overlook the possibility of condo living. 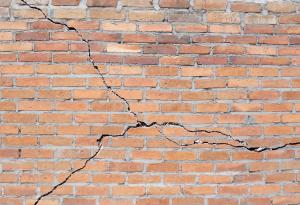 Top 8 Signs of Structural Damage in Your Home

Whether you are buying your first home or notice something out of the ordinary in your existing home, signs of structural damage should be a huge concern.