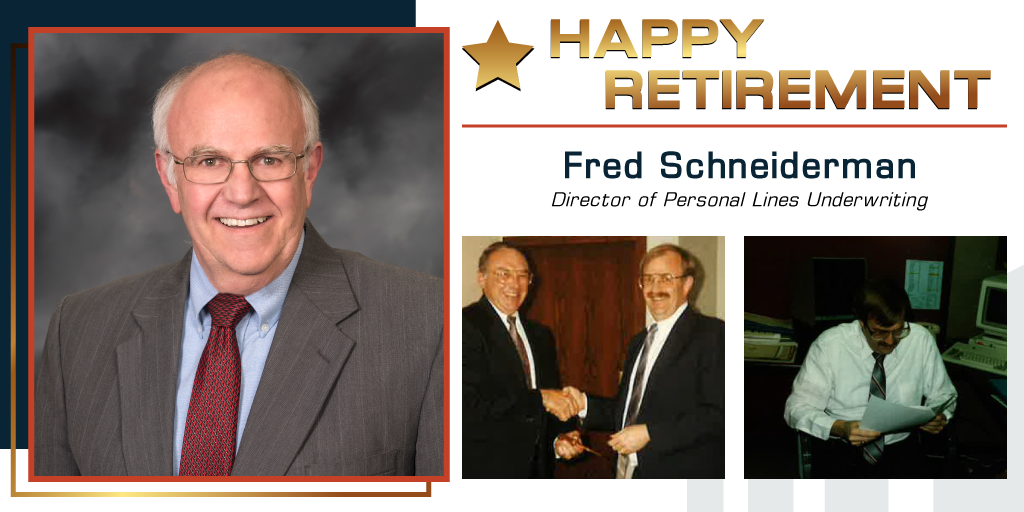 Fred earned his Bachelor’s Degree in Business Administration from Monmouth College, and had several years’ experience in the insurance industry prior to joining RMIC, working for Economy Fire & Casualty and Country Companies. Fred’s ability to build strong relationships with his team and our agents is unparalleled. His knowledge of underwriting along with his commitment to RMIC over the years will be greatly missed.

In his retirement, Fred plans to enjoy time with his wife of 46 years, Peggy, along with their grown sons and daughters-in-law, Christopher and Jess,  Jonathan and Laurie, and Michael and Abbi, as well as their grandchildren, Corinne, Mitchell, Lucas, Lucy, Sullivan, Lenora and Oliver. Fred also plans to continue his hobbies of traveling, fishing and watching grandkids’ school and sporting events in his free time. In addition, he will continue as the Forreston Village Treasurer which he has been doing since 1976. We thank Fred for his 38 years with RMIC and wish him the best in his retirement years.